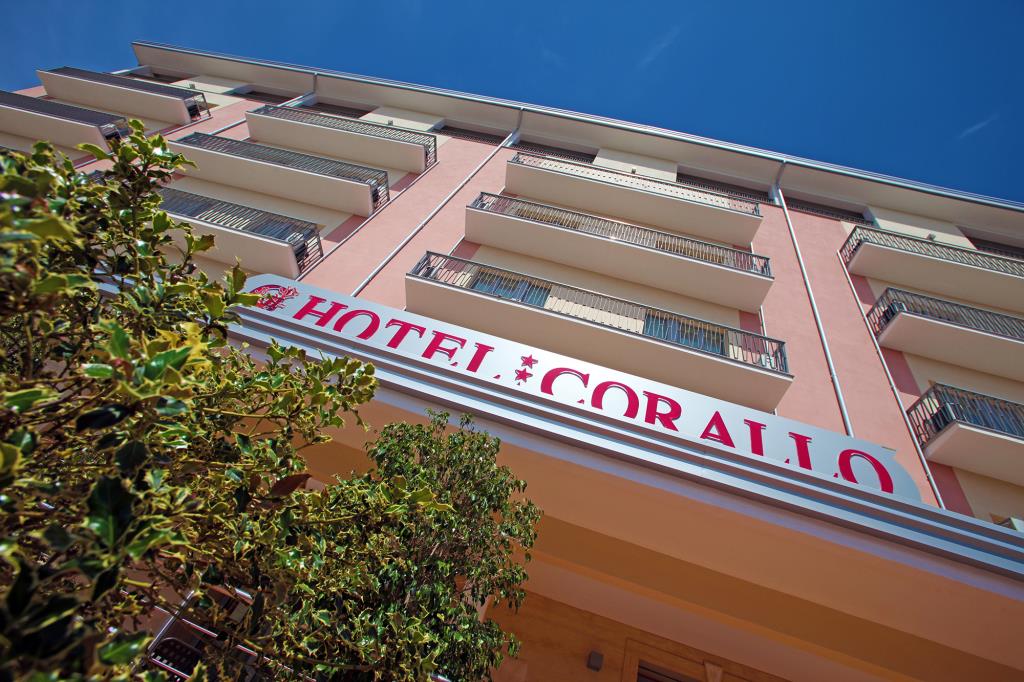 Villapiana is a pretty town in the province of Cosenza located on a hill dominating the coastal plain below.

Its territory has an area of 38.74 square kilometers and borders with the municipalities of Cassano allo Jonio, Cerchiara di Calabria, Plataci, Trebisacce and with the Ionian sea.

The beach, just 200 meters from the hotel, is characterized by the presence of fine sand also close to the shoreline and by shallow depths, is about nine kilometers long.

The town is 200 meters above sea level, while the hamlets Villapiana Lido and Villapiana Scalo are at sea level.

The HOTEL CORALLO lies in Villapiana Lido, its enviable position in the very center, makes the Hotel Corallo the ideal site to stay at best without using the car anymore, since everything is within walking distance. 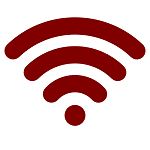 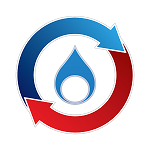 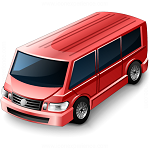 We have some agreements with bathing establishments that allow us to offer our customers advantageously discounted prices.

Upon availability, parking is adjacent to the hotel, private for customers only, and it’s free!

Free internet connection in all common areas and most of the hotel rooms.

Shuttle Service from and to airports or to and from various train stations. We offer competitive rates for our customers.

Altomonte lies on a promontory about 455 meters above sea level.

Its very fertile territory is part in the plains, bathed by the rivers Esaro, Grondi and Fiumicello and partly in the hills where you can enjoy beautiful air and a vast panorama. 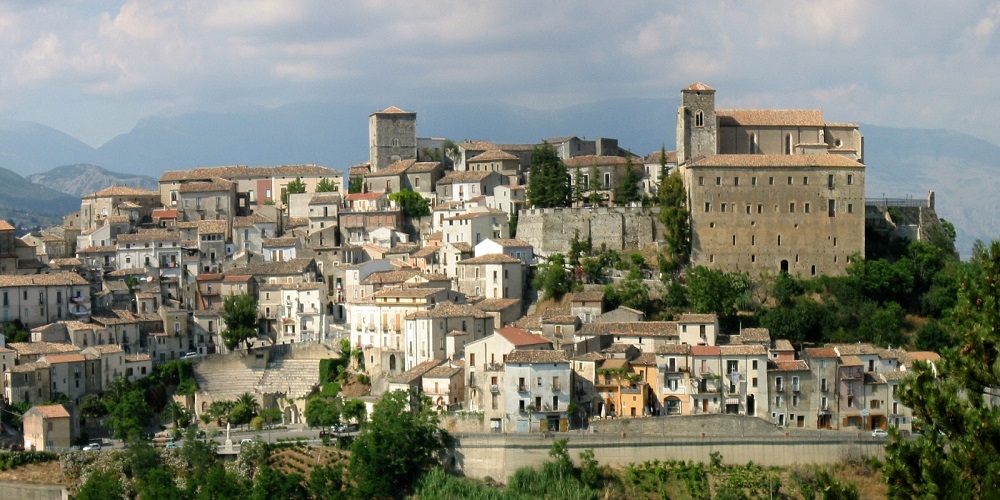 The area of Altomonte is about 65.29 km² of which most are susceptible to all sorts of crops such as wheat, barley, legumes and vegetables, citrus fruits and orchards.

There are plenty of olive groves and native vineyards producing the balbini wines, many praised by Pliny the Elder.

Immersed in the Pollino National Park, Cerchiara di Calabria hosts in its territory the sanctuary of the Madonna delle Armi. 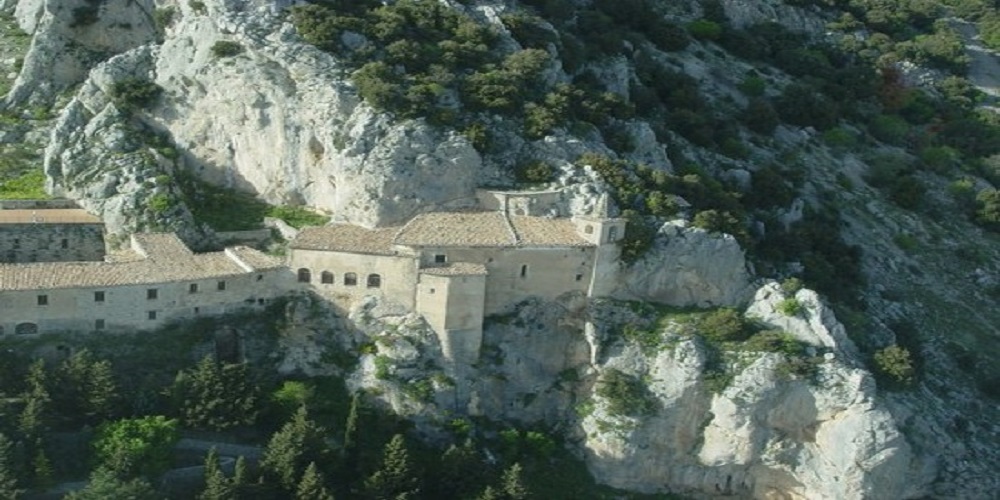 Built in the fifteenth century, on the remains of a pre-existing cult building, it is dedicated to the Madonna delle Armi, a natural image that was found on a stone slab, not painted by man (acheropita image) of the Madonna.

Expanded in the XVI-XVII century, with the ducal palace and other buildings, it preserves seventeenth-century works and eighteenth-century frescoes of the Neapolitan school.

Civita is an Italian town of 918 inhabitants in the province of Cosenza in Calabria.

At 450 m above sea level, within the Gole del Raganello nature reserve and in the heart of the Pollino National Park, it is among the historic Albanian communities of Italy, not far from the Ejanina and Frascineto sister towns.

The valley in which it stands is surrounded by wooded mountains and where the blue reflections of the Ionian sea come in and can be glimpsed on the horizon. 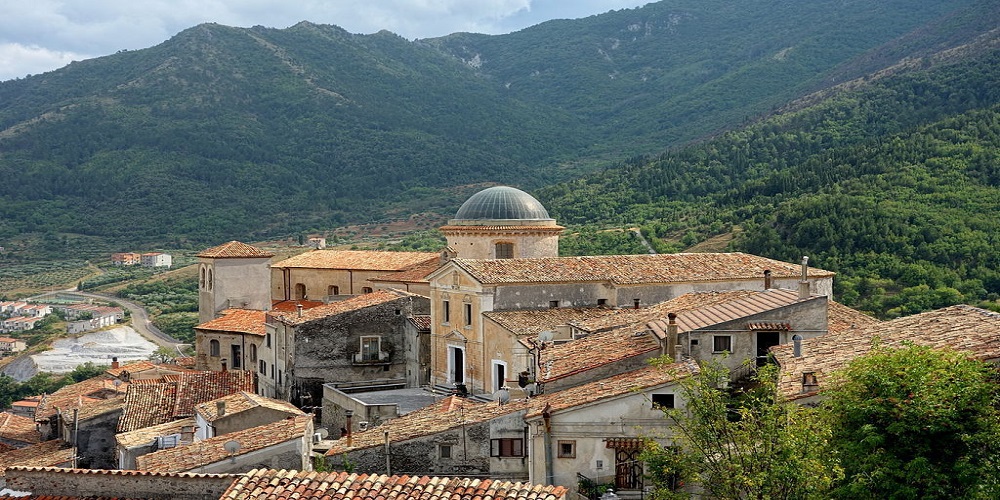 Said “the village among the rocks”, so defined for the immense green mountains that surround its valley, the village of the “Ponte del Diavolo”, due to its ancient and characteristic medieval stone bridge, its landscapes are among the most particular in Calabria, which are reminiscent of the landscapes of origin of the Albanians who settled here in the fifteenth century to escape from Turkish persecution. It still preserves the identity and ancient traditions of the Albanian people, such as language, religious rites and traditional customs.

It is one of the most beautiful villages in Italy and has been awarded the Orange Flag.

The Gole del Raganello Nature Reserve is a protected natural area established in 1987 in Calabria, in the province of Cosenza. 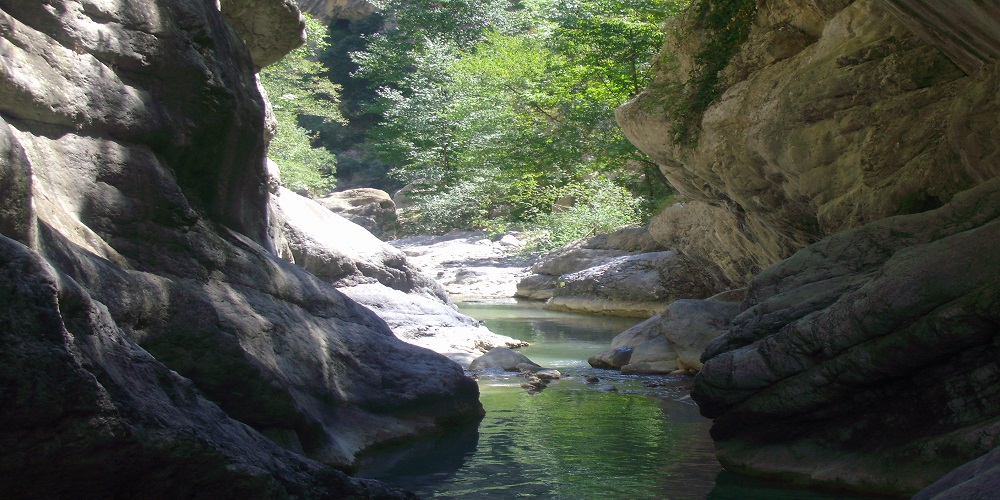 It occupies an area of 1,600 hectares within the Pollino National Park.

The Caves of Sant’Angelo are located in the bowels of Monte San Marco. It is an impressive complex formed by 16 karst cavities that extends into the bowels of the earth for a few kilometers offering a breathtaking spectacle of colors and shapes.

The Caves date back 250 million years. In addition to the natural monuments, created drop by drop over millions of years, stalactites and stalagmites, trays and castings, the Sant’Angelo Caves, also have great historical and scientific relevance. 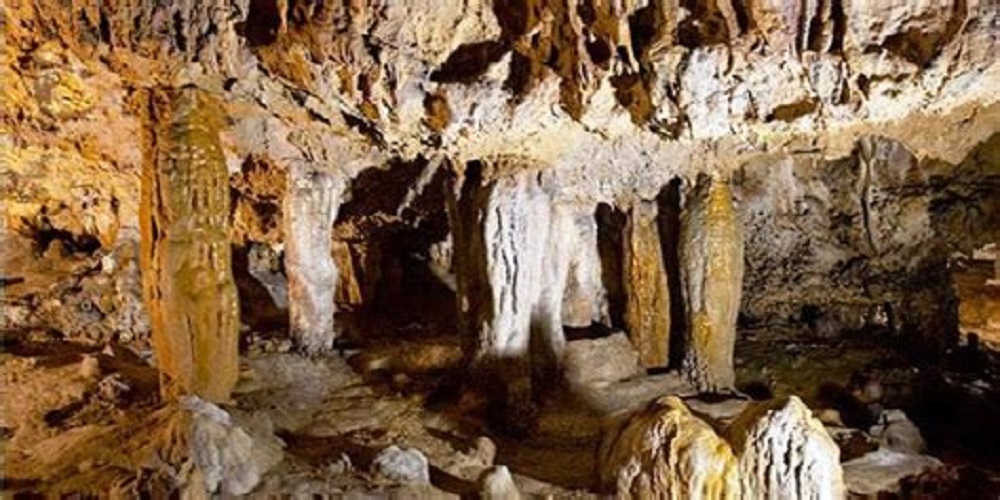 For a long time they were the safe home of the prehistoric man who left, as a tangible sign of his stay in those cavities, the oldest form of writing documented by the experts, as unique and particular, of the Italian Prehistory.

In short, we are facing a large natural archaeological and geological research laboratory.

Morano Calabro is a Calabrian town of 4.447 inhabitants located in the northern part of the province of Cosenza.

Its strategic position in the upper valley of the river Coscile (ancient Sybaris of the Magno-Greek period) on the slopes of the Pollino massif, has contributed to its development in ancient times and its splendor in medieval times and Renaissance, in particular under the lordship of the Sanseverino di Bisignano. 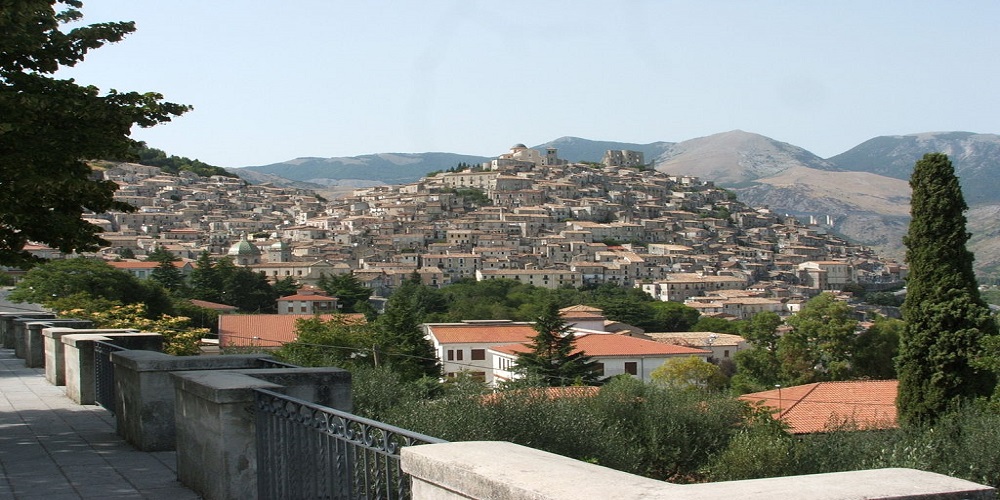 Since 2003 it is part of the circuit of The most beautiful villages in Italy , the Orange Flag of the Italian Touring Club, its name has been included in the list of European destinations of the EDEN Project of the European Commission.

Today it is one of the main centers of the Pollino National Park.

The inhabited center of Mormanno is located between the ridges of Mount Vernita and the Costa, at 840 meters s. the. m. in the heart of the Pollino National Park, bordering to the north the border with the Lucan side. The extension of the municipal territory is 75.90 km² with a population density of 46.48 ab / km².

Mormanno appears to be a healthy and popular mountain resort, from which you can easily reach Mount Velatro (1107 m), Mount Cerviero (1441 m) and Mount Palanuda (1631 m) in addition to the highest peaks of Pollino and Pellegrino. 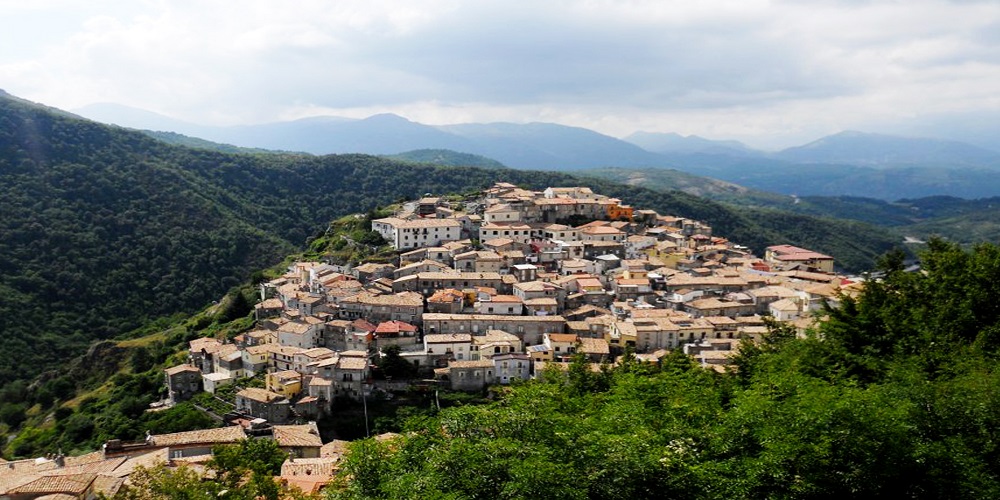 The historic center of Mormanno is spread over three hills, the oldest of which, that is the old village, to the west, is commonly called the Costa, while to the east is the district of San Michele called Capo lo Serro (n’capu u sèrru), south of San Rocco, called Casalicchio (casalìcchju) which represents the entrance to the municipal course, and to the north the Torretta (Tirrètta or cavaddrèri).

The Pollino National Park (Pollino Unesco Global Geopark), divided between the provinces of Cosenza, Potenza and Matera with its 192 565 hectares, of which 88 650 in the Basilicata side and 103 915 in Calabria, is the most great of Italy. 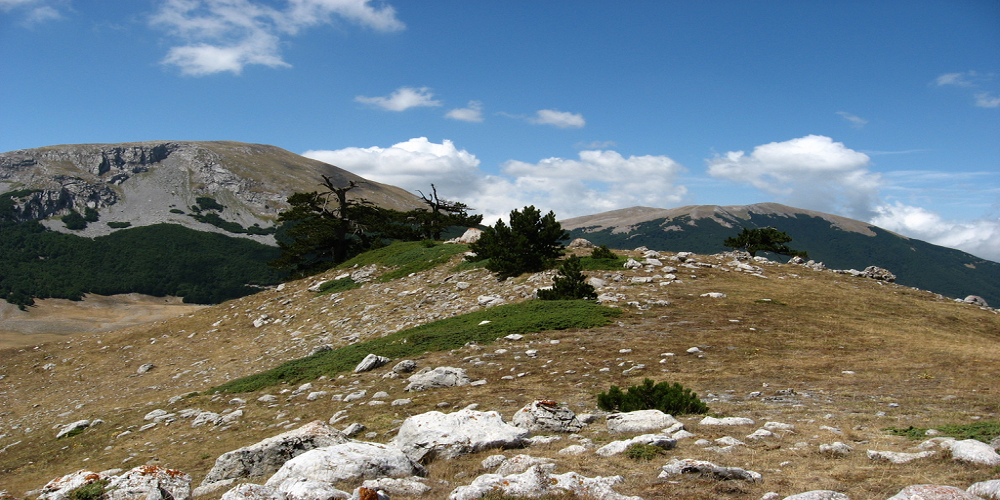 It takes its name from the mountain massif of the same name.

The Park is home to the oldest tree in Europe, a Heldreich pine whose age is 1,230 years.

Rossano has 36 623 inhabitants, currently part of the municipality of Corigliano-Rossano, in the province of Cosenza, in Calabria. 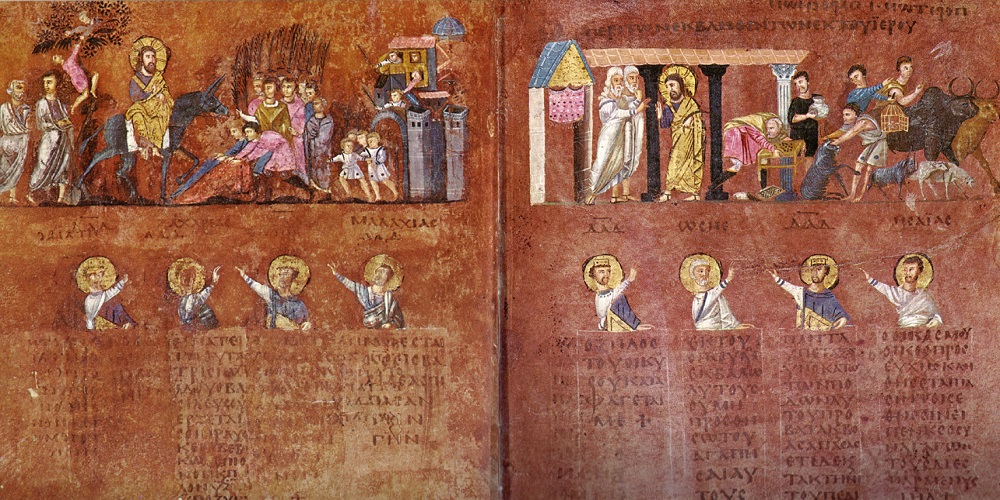 The city is also called Rossano la Bizantina and Rossano city of Codex, in homage to the Code Purpureo, one of the oldest evangelicals in the world and kept for centuries in Rossano (Museo Diocesano and Codex), included in the list of UNESCO heritage in the category “Memory of the World”.

The archaeological park of Sibari is located in Cassano all’Ionio, in the village of Sibari, in the Parco Del Cavallo, Casa Bianca, in the province of Cosenza. 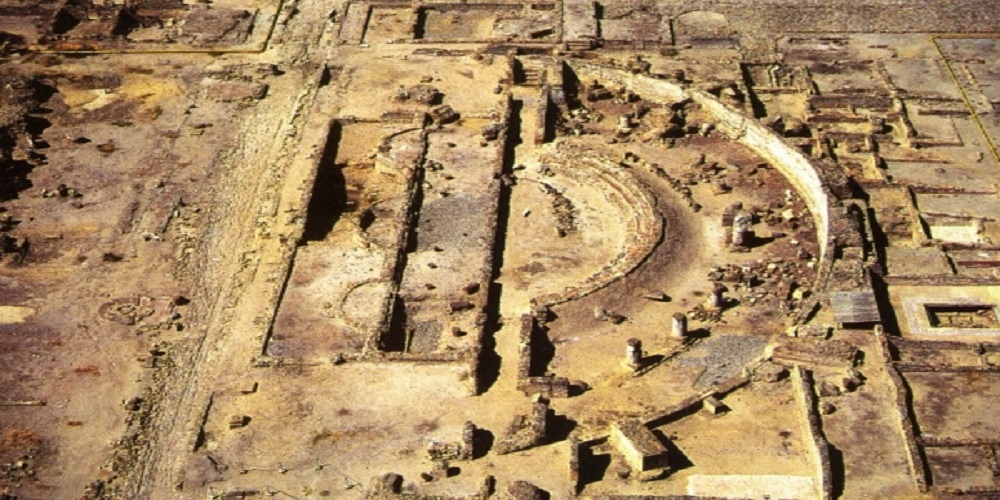 This is the site of one of the richest and most important Greek cities of Magna Graecia.

The finds from the excavations are kept in the National Archaeological Museum of Sibaritide.